The East coast is alive with paddlers. Christopher Lockyer www.committed2thecore.com

Well it has been a busy spring for all the P&H team members.  I have been fortunate to paddle in the Pacific Ocean, Atlantic Ocean and the Bay of Fundy in the month of May.

I had the pleasure to work with SISKA on a number of paddling sessions while I was in Victoria.  It was great to have 30 plus enthusiastic paddlers out on the water during the sessions.  I got to see some great paddling area, Baynes Channel, Trial Island and Race Rock area. Team Member Matt Nelson and I went out to Trial Island for a fun paddle.

Right after working with SISKA I was off to the Pacific Paddle Symposium. This is a new paddle symposium on Vancouver Island.  It is the newest symposium for Paddle Canada.  Janette and her crew sold this event out in a little over 12 days.  The event took place at Pearson Collage. The area had so many options for an event like this.  Race Rock one of the most exposed tide races on the Vancouver Island was going to be used by plenty of the session during the event. We had plenty of fun during the event.  Friday was a coach update fun day, Saturday and Sunday were a mix of sessions on and off the water.

End of the day review

Matt Nelson taking it all in

Fun and games in boats

A talented coach and an up and comer for sure. I will be back on Vancouver Island in October and I can’t wait to see the pacific in Fall mode with a little more energy.

MEC has been running Paddlefest for many years. It started in Toronto and has spread across the country.  I was invited by Erik to take part in the Instructor development program that would run at Harbor Front on Friday.  We had a great turnout of 20 or so Paddle Canada instructors. The aim was to share some new idea about SUP, Kayaking and Canoeing.

I was only able to attend day of of Paddlefest but it turned out to be a great day. Plenty of eager students and people walking around looking at gear and boats. The P&H crew was there Kelly Blades, David Johnson and Erik Ogaard. The event was very well organized. MEC Paddlefest will be in Halifax on June 16th.

After jumping on the plane at 8:00 pm in Toronto I got home repacked and headed down to Tangier Nova Scotia to take part in day two of the Coastal Adventures Kayakers meeting.  After hearing the stories from Day one I was kind of glad to have missed the driving rains and winds they experienced.  We spent the morning working on skills development and then heading out for a little rock hopping session in the afternoon. The swell was kicking up which provided a great deal of energy for us to play.

Sea you out there

Christopher Lockyer – Committed 2 the core Sea Kayak coaching  We need the sea because it teaches us.

Friday evening traffic was kind enough to allow me a jam free journey to the north Yorkshire coast for the Sea Kayak Expedition Gathering. On my arrival I was greeted with a hot meal and a beer (Always a good start). As night fell on Friday evening there were tall tales and ghost stories round the fire just to make sure we all slept soundly in our beds. 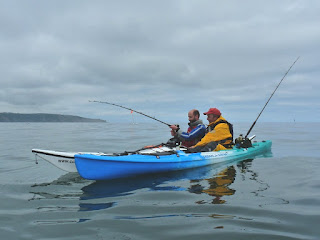 In the morning everyone split into different groups for workshops on trip planning, fishing and foraging for wild foods. 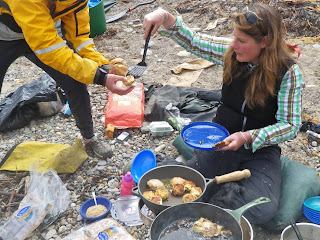 At lunchtime the organisers laid on a fantastic spread of food cooked freshly on the beach. Fried fish, malt loaf fritters and stewed fruit re-replenished our energy reserves for the afternoon incident management sessions. The local RNLI lifeboat crew from Staithes joined us to try different techniques for rescuing kayakers. 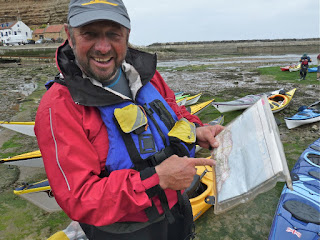 After dinner I showed pictures and footage from last years expedition to east Greenland finishing off with the film Gino’s Greenland. After that there were workshops on emergency boat repairs by Howard Jeffs and navigation & trip planning by Kim Bull. 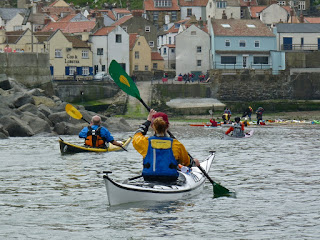 Sunday was more about journeying with everyone splitting into smaller groups focusing on boat handling and navigation on the move. As we entered Staithes harbour we were once again treated to freshly prepared food before completing the final leg to finish in Runswick Bay. 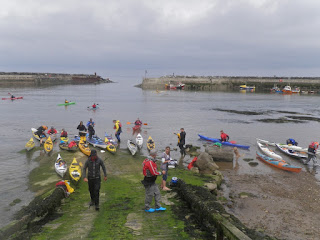 Many thanks to Ang, Steve, Sophie and the rest of the crew at East Barnby Outdoor Education Centre for a terrific weekend. I’m already looking forward to the next one.

A review of the Aries after a years coaching and playing with Olly Sanders. 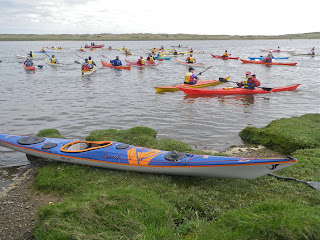 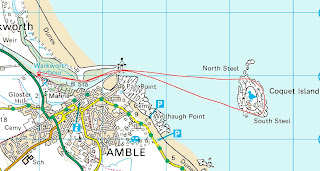 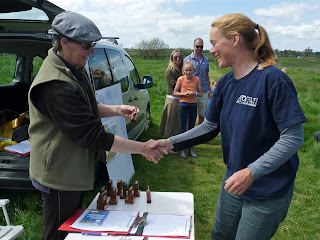 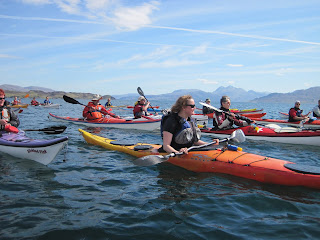 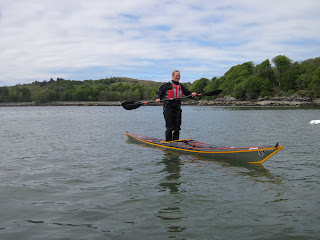 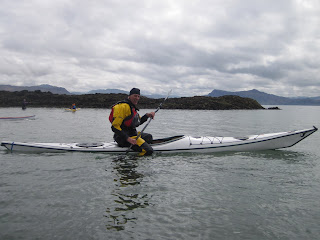 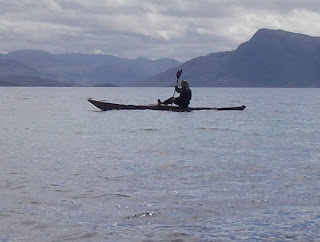 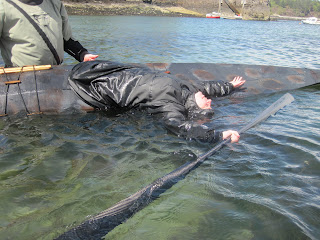 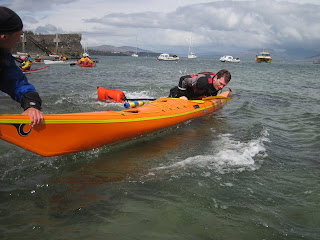 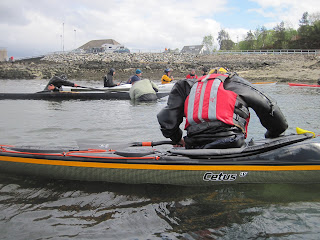 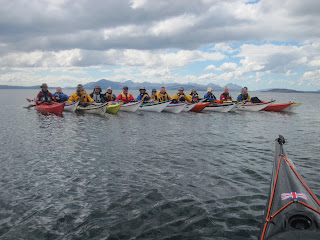 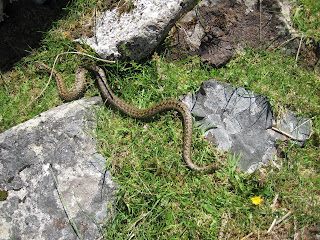 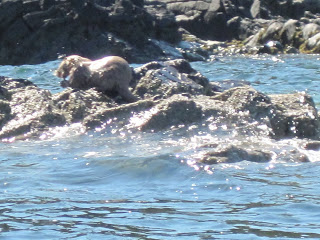 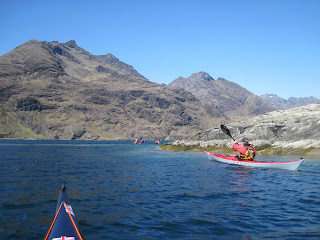 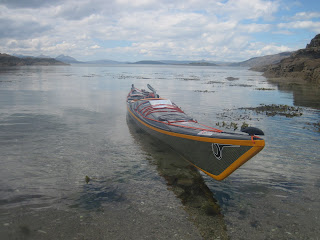