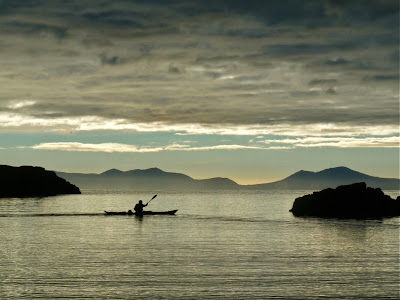 Nothing compares to the calmness of a coastal wintry scene. Shafts of angled sunlight cast a soft golden glow across the beaches and rocks. Once the Autumn gales fade the sea becomes oily smooth, but without the intensity of high summer, these shores are quiet and utterly peaceful.

Leaving Rhoscolyn and heading for South Stack was almost spooky with gentle swell surging amongst the rocks. Penrhyn Mawr broke the silence and North Stack presented its usual set of challenges.

We completed our circumnavigation of Holy Island by taking the ebb out of the Cymyran Strait and cruising past Silver Bay back to Rhoscolyn. It seemed that the oily smooth waters were just as we had left them. 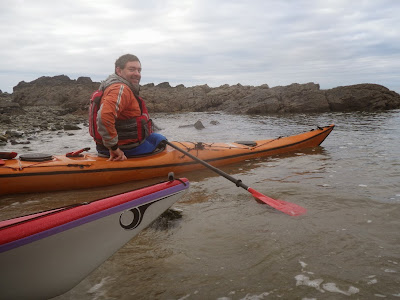 The next day, Sean and I headed off to Church Bay aiming for the Skerries. This is where the contrast between summer and winter would be greatest. During the summer months the skerries is a madhouse. Thousands of sea-birds nest here; mostly terns and puffins. 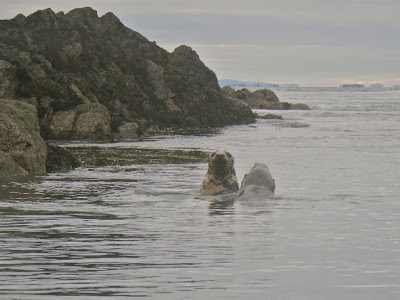 As we arrived, The Skerries were all but silent. The neap tide meant that even the rushing sound of the sea was muted. We avoided the seals because there were young pups among them. One of two of the bravest came to check on us. The only sea-birds were a handful of cormorants and the occasional rock pipit. The remains of the summer vegetation now dead and broken littered the ground. In winter this is a bleak and desolate place.

My wife, Cristi and I just returned from a 4 day trip out to Cumberland Island on the Georgia coast. Cumberland is a partially developed barrier island administered by the National Park Service. Access is by ferry or kayak from St. Mary’s, GA.

Cumberland is home to miles of beach and salt marsh as well as a dense maritime forest of live oak and saw palmetto. The campground at Sea Camp offers full amenities for hike-in campers, and backcountry camping is available by permit.

We launched our kayaks at Crooked River State Park near St. Mary’s and had a chance to give the new P&H Flat Earth sails a good shakedown. This unique kayak sail system allows for simultaneous sailing and paddling and definitely gives you a boost–even in light air.

P&H will have sails available in the US and Europe starting in 2014.

Sailing down the Crooked River on the way to Cumberland Island National Seashore.