The Gales on Lake Superior

The Gales on Lake Superior

Naturally Superior Adventures located at the mouth of the was the host for the 2012 Gale.
The event brought participants from all around the Canadian and United States shores of Lake Superior and the inland sea did not disappoint.
The three day events allowed participants to explore the rocky shores of the lake in calm conditions and also in some interesting conditions. The forecast for all three days were winds greater then 20 knots.
I was joined by several guest coaches Shawna and Leon from Body Boat Blade as well as Nick Cunliffe level 5 BCU coach from Wales as well as a number of local Lake Superior coaches.
It was a pleasure to paddle with all the enthusiastic paddles. Day one brought flurries for my group and I to start out session, I can honestly say that I have never been blinded by snow flurries why teaching a rock hopping session. Day two stated off at -5 and ice coated sea kayaks and gear. We had a great paddle brown Indian Beach back to the base.  The 25 know winds from the west created a very exciting sea state for the participant, we did a great down wind run, surfed at sandy cove and then played in the tide race at the river opening. It was an action packed day. It is the first time someone has told me that it was there best day paddling ever. Not just one but three of the participant came up to Nick and I and told us that directly. It put a smile on my face. Day three brought the largest conditions of the event. Most participant had a go in the surf  the retreated to the river as the condition out in front of the lodge reached 12 feet. Nick and Ryan had a go in the surf. The pictures speak for themselves.
Looking forward to the 2013 event in the apostle islands. 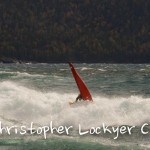 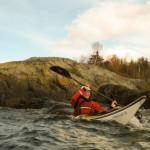 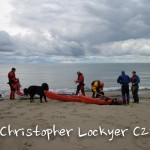 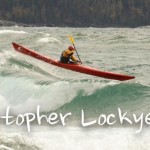 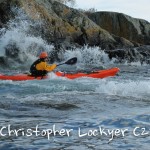 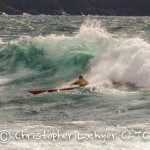 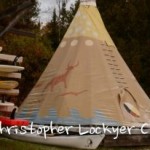 http://www.galesstormgathering.com/
For all the pictures from the event please visit this Facebook Gales picture